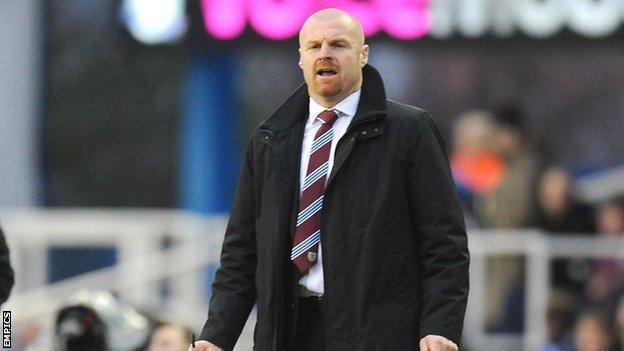 Burnley manager Sean Dyche has refuted suggestions that his team have sacrificed their attacking instincts to become a more solid defensive unit.

Burnley scored 26 goals in their first 13 games of the season under Howe.

"There's this perception that we've become tighter at one end and we're not creating at the other, but it's not true," Dyche told BBC Radio Lancashire.

"We're making one chance less, on average, than we were at the beginning of the season. The difference is the moment of truth where it goes in the net.

"The stats are there for everyone to see. Perception can mislead people - all that's changed is that moment of clarity for someone to put the ball in the net."

Burnley had the worst defensive record in the Championship when Dyche took control at Turf Moor.

They had let in 29 goals in 13 league games, but who started 439 league games as a centre-back for six different clubs.

The 1-0 home victory against Crystal Palace on Saturday made it six clean sheets in 14 league matches under the former Watford boss.