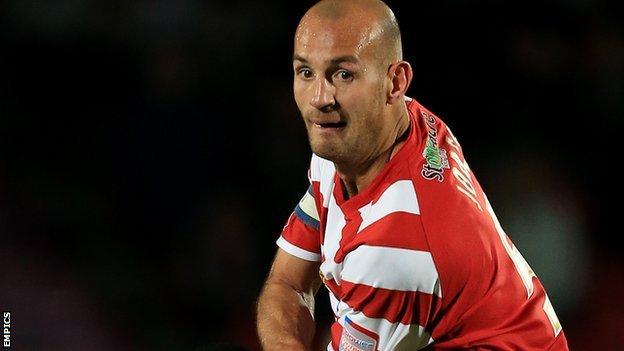 Doncaster Rovers skipper and joint caretaker manager Rob Jones has said his first week in charge of the club has been "brilliant".

The 33-year-old, who scored a last minute winner for Rovers in Saturday's 2-1 win at Stevenage, was put in caretaker charge with Brian Flynn following the exit of Dean Saunders.

Doncaster have now avoided defeat in their last 12 away league games:

He told BBC Radio Sheffield: "It's been absolutely brilliant.

"I'm loving it and we'll see what next week brings."

Jones added: "It couldn't have been written any better than for me to have popped up with a last minute winner.

"It's been a good week, a low-key week and the players have been professional from start to finish."

Victory at Boro means that Rovers, who are second in League One, have now set a new club record of 12 consecutive away games in the league without defeat.

Despite the successful start to his coaching career the former Scunthorpe, Hibernian and Sheffield Wednesday man would not be drawn on his chances of taking the job on in a longer term capacity.

"I've not allowed myself to think about staying on," he continued.

"It has been a pleasure so far but it's out of my hands and it is nothing to do with me. We'll see what the future brings."