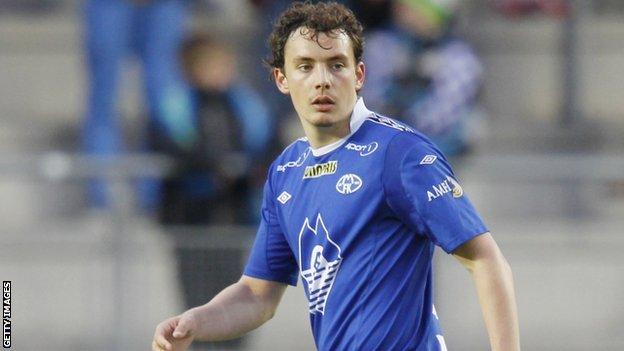 Southampton have confirmed the signing of Norwegian international defender Vegard Forren for an undisclosed fee.

The 24-year-old centre-back, who has five caps for Norway, has signed from Molde on a three-and-a-half year deal.

Forren said: "It's a dream come true for me. Southampton is a big club in the Premier League.

"This is where I have always wanted to come and play football. The plan the chairman has for this club is fantastic, I hope I can join in."

Forren had been expected to arrive on Merseyside on Tuesday after Liverpool manager Brendan Rodgers invited him for a trial, but the defender headed to St Mary's instead.

Forren added: "When I was told of the interest from Southampton, straight away I wanted to come and talk to the chairman.

"We had a chat and I was very impressed - there was no doubt that this is where I wanted to be."

Everton had previously been tracking the defender, only for that interest to cool.

Liverpool had been reluctant to bid for Forren until they had seen him train with the first-team squad.

Rodgers remains keen on signing a centre-back during the transfer window and is likely to allow Sebastian Coates to go out on loan if he is successful.