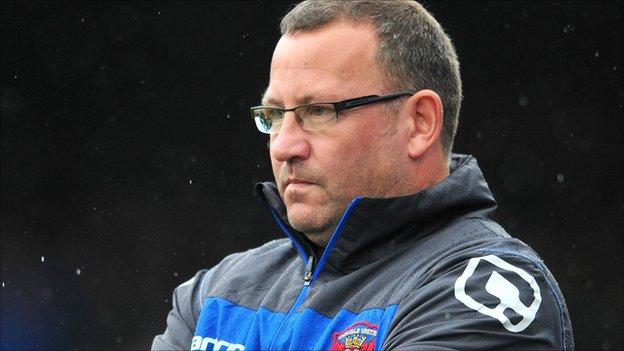 United lost 4-0 at Swindon last week, but bounced back to inflict a second defeat on City in 10 league games.

"The criticism, at the levels it comes, really hurts," Abbott told BBC Radio Cumbria. "We have to be mentally tough"

"I have to take a bit of pleasure when we beat a side like Coventry after the back of last week."

after the loss at the County Ground, as optimism built up by a run of two wins over Christmas had evaporated in the new year.

"We were really pleased with the work on the training ground and I think it spilt over today," Abbott added.

"Whatever the result was, we got an improved attitude and the players have definitely run harder than last week.

"That is something you can't explain. That is something we have got to try to bottle and make sure it happens every week and take it as a given that we are going to work as hard as we did today."