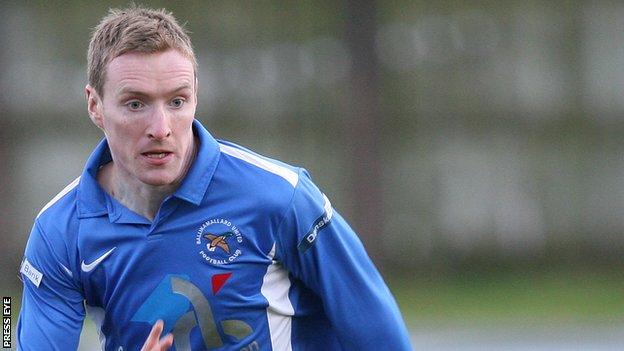 Ballinamallard have jumped above Coleraine and Glentoran to sit in fourth place in the Premiership after a sensational win at the Showgrounds.

Jay McCartney scored a penalty which gave the Mallards a 1-0 interval lead.

The second goal was an OG by Coleraine skipper David Ogilby, Chris Curran fired in number three and then Ryan Campbell's deflected shot made it 4-0.

Curran snapped up his second goal before David Scullion headed a late consolation score for the Bannsiders.

The remarkable result will boost Ballinamallard's chances of a top six finish in their first season in the top flight.

But is must be a huge setback for Coleraine, their third home defeat of the season seeing them slip to sixth in the table.

Balllinamallard made a bright start and went close when Curran's free found Leon Carters whose header was saved by Michael Doherty.

The breakthrough came when James McKenna was fouled in the box and McCartney coolly converted the spot-kick.

Ballinamallard, playing their fifth away game in six matches, went 2-0 up in the 56th minute when a long free-kick into the area was headed into the six-yard box and went in off the unfortunate Ogilby for an own goal.

Curran made it three in the 61st minute, shooting in from 16 yards.

When Coleraine failed to clear a McCartney cross 11 minutes later, Campbell pounced with a deflected shot for his ninth goal of the season

Curran's second of the night made it 5-0 before Scullion's header for Coleraine right on the final whistle.