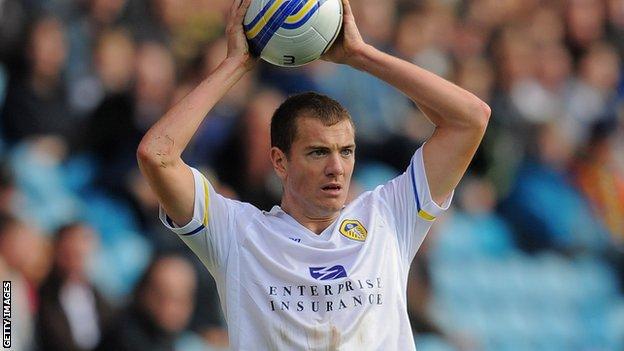 at the end of last season and has not featured for the Yorkshire club in 2012-13.

But he did play five games in a

"I wouldn't have come here if I didn't think it was the right move for me," Connolly told BBC Radio Lancashire after agreeing to move to Deepdale for the rest of the season.

"I'm out of contract in the summer so whoever I sign for permanently - it may be Preston - I feel they're going to get a really good, experienced player who has got a lot to give.

"I've come here to show that and hopefully I do show that.

"During my time out of the (Leeds) team, I've not been injured once. If you're out of favour at one club, it's up to you to keep your fitness up - if you slack off, then your fitness will slack off.

"A competitive League One game is different to working hard in training, but I don't feel my fitness will be a problem."

Connolly has made 325 senior appearances for Plymouth, Derby, Sheffield United, Leeds and Pompey.

He is available to make his debut for North End, who in their last outing, at Yeovil on Saturday.