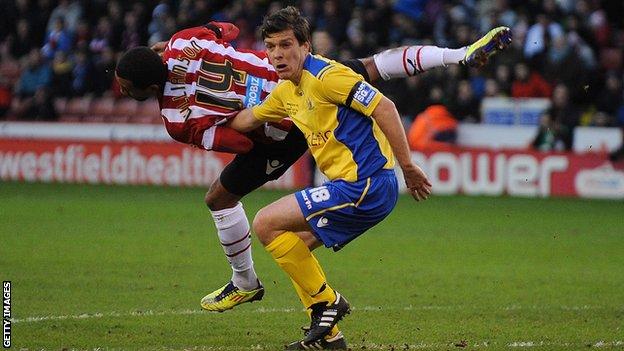 Salisbury manager Darrell Clarke has signed a two-year extension to keep him at the club until the summer of 2015.

The 35-year-old joined the Whites as a player in 2007 and became manager three years later.

The Blue Square Bet South leaders are now aiming for their second promotion in three seasons.

"His contract acknowledges the unprecedented effort that Darrell has made in getting Salisbury City back where it belongs," the club said,

"It also underlines the faith and loyalty Darrell has towards the board, the players and the fans of Salisbury."