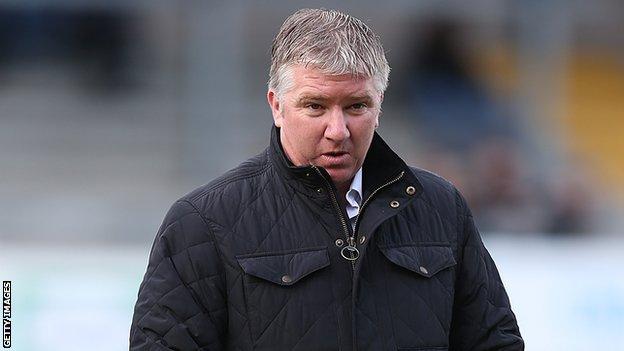 United have let in a goal in the final 10 minutes in each of the last six games, costing them points every time.

"It's been a story of our season," Ling told BBC Radio Devon after Alan Gow's 84th-minute penalty earned Exeter a 1-1 draw at Plainmoor.

"We've got our noses in front on an awful lot of occasions and managed to throw it away."

Torquay's poor late-game form began at when Alan Connell got an 85th-minute winner.

before Gow's goal on Tuesday night.

"We were under pressure in the second half, we had an awful lot of the ball, but we crumbled right near the end," Ling said.

But he said there was no tactical decision from him to sit back in the second half and protect the 1-0 lead Rene Howe had given his side with a 15th-minute penalty.

"It's a natural occurrence to do it when you are in a bad run of form.

"The natural reaction is to protect what you've got.

"We did sit back but I think it was more their passing rather than our decision to do that.

"But we've matched a team that are in the top three and we're a bottom eight side," he added.