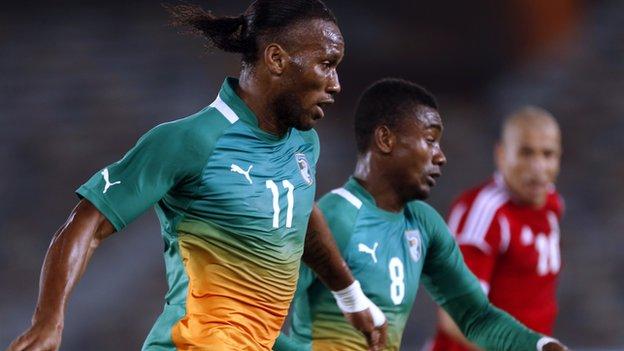 To say that Ivory Coast will arrive at the Nations Cup as favourites is nothing new, for this is the tag that the Elephants have held at the last four tournaments.

They have reached the finals on two of those occasions but fallen at the last hurdle each time - losing on penalties against host nation Egypt in 2006, before succumbing to Zambia in similar style in February 2012.

In addition, the fact that the Elephants went through the entire tournament without conceding a goal and yet still lost the title only increased the frustrations of this "golden generation" - with Yaya and Kolo Toure, Emmanuel Eboue, Salomon Kalou, Gervinho et al yet to have any silverware to reflect their recent continental domination.

With this group of players nearing the end of its natural cycle, the Ivorians stand to benefit - perhaps more than any team - from the decision to move the Nations Cup to an odd year, meaning their ageing stars have one more crack at the title before hanging up their African boots.

Drogba will be Ivory Coast's key man. Even though Gervinho's play has improved at Arsenal this season and Wigan forward Arouna Kone has forced his way back into the side, the striker is still the Elephants' inspiration.

The Shanghai Shenhua striker admits "this Africa Cup is undoubtedly my last," and as such he is determined to bow out on a high.

"I want to pour my whole heart and strength into this Africa Cup," Drogba said.

"We have come so close to winning the trophy twice, but that does not mean we should slow down. We have learnt from our failures and are returning to win the title."

Ivorians will hope that the inexperienced Tunisia-born French citizen Sabri Lamouchi is the coach that can get the best out of the wealth of talent that makes up the squad and finally end the country's hoodoo.