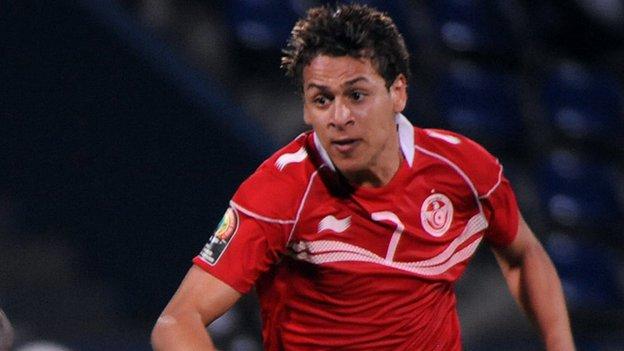 Tunisia are hoping Youssef Msakni - the creative midfielder called Little Mozart - will pull the right strings as they chase a second title.

The 22-year-old is a key figure in a team of dogged workers who have not progressed beyond the quarter-finals since a lone title nine years ago at home when they overcame Morocco in the first all-North Africa final.

They made last-eight exits in three of four subsequent tournaments, going down to Nigeria in 2006, Cameroon in 2008 and Ghana last year while dropping out after the first round of the 2010 tournament despite not losing.

Well-organised under coach Sami Trabelsi, the North Africans failed to convince in qualifying for South Africa - only beating Sierra Leone on away goals after failing to score at home in the second leg of their final qualifier.

Nonetheless, with the midfield creativity of Oussama Darragi and Msakni, not to mention the country's all-time top scorer in forward Issam Jomaa and up-and-coming Lokeren striker Hamdi Harbaoui, Tunisia possess the abilities to make the last four for the first time since winning the title in 2004.

Coach Sami Trabelsi, who arrived with a bang in 2011 by winning the African Nations Championship for home-based footballers in Sudan, has set his squad a minumum target of reaching the quarter-finals.

"This is unquestionably the toughest of the four first round groups, but we are not complaining," he said.

"My players are working really hard and I believe we can go far - maybe even to the decider again," he said, referring to the 1996 final defeat by hosts South Africa in Johannesburg.