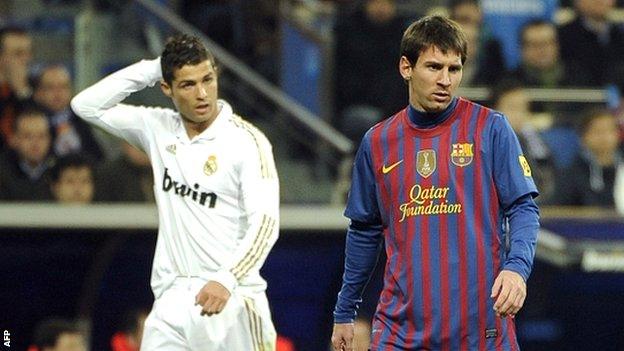 European governing body Uefa has announced its 2012 Team of the Year and for the first time there is no place for a player from the Premier League.

The 12th edition of the poll saw a record 5.3m votes cast on the Uefa website, 20% more than last year.

Eight players from Spain's La Liga are included, four each from the big two clubs, Barcelona and Real Madrid.

Fifa's Team of the Year, announced this month, was composed entirely of players from La Liga.

The Team of the Year is not an official Uefa selection but is voted for by fans on the website and has proved hugely popular, with 24 million votes in the previous 11 years.

World Player of the Year Lionel Messi was chosen for the fifth time in succession with Real Madrid striker Cristiano Ronaldo and goalkeeper Iker Casillas appearing for a sixth consecutive year.

Website users were also asked for the first time to vote for their favourite formation and the overall verdict was 4-4-2, the default system for the previous 11 editions.