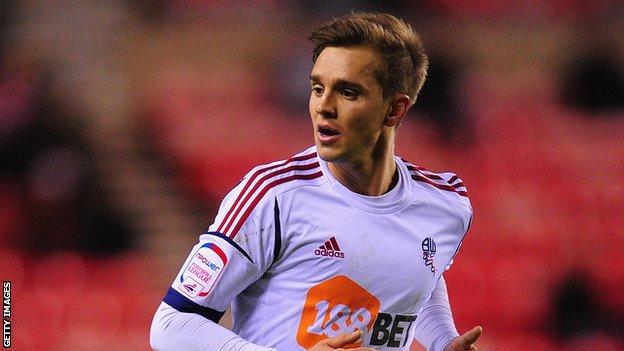 Manager Dougie Freedman has said one of the most pleasing aspects of Bolton's FA Cup victory at Sunderland was the return of midfielder Stuart Holden.

The United States international, 27, played the final 16 minutes of the which earned a fourth-round tie with Everton.

Holden had not featured at senior level for 16 months following knee surgery.

A clean sheet, an all-round performance and a result - it was a good night for the club

"He's a battler and a winner. When he came on the field, I was so delighted," Freedman told BBC Radio Manchester.

"He's got a long way to go, but he knows that this club are fully behind him."

Holden's injury nightmare began in March 2011 when he suffered a knee injury in a Premier League match against Manchester United.

A six-month absence came to an end when he appeared in a League Cup tie at Aston Villa, but further cartilage damage was discovered and

Marvin Sordell scored twice in the second half of the third-round replay against Sunderland, which was enough for Bolton to secure their place in the fourth round of the competition for the fourth consecutive season.

"A clean sheet, an all-round performance and a result - it was a good night for the club," said Freedman, who takes Wanderers to his former club Crystal Palace in the Championship on Saturday.