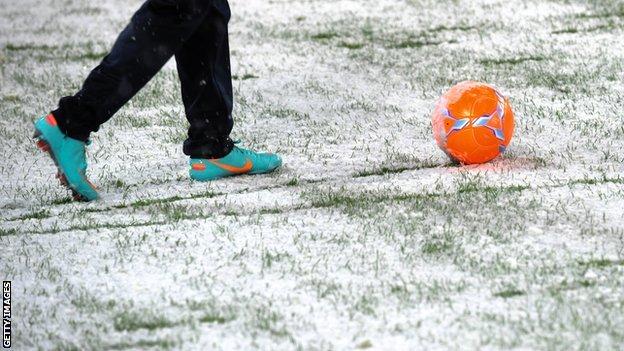 All of Saturday's league matches in Jersey's Football Combination have been postponed because of the weather.

St Brelade against Grouville had been the only Premiership match due to take place, but that will now be rearranged.

All of the cup games, including Le Riche Cup quarter-finals, are also off after in the early hours of Friday.

No dates for the rescheduled fixtures have yet been announced.