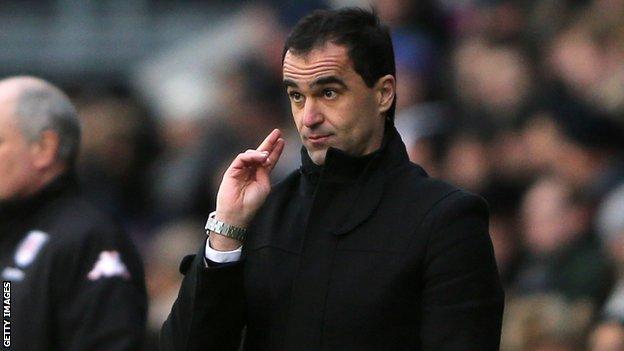 Manager Roberto Martinez has insisted that Wigan will not take non-league Macclesfield lightly when the clubs meet in the fourth round of the FA Cup.

in a third-round replay to

"It's going to be a difficult tie," Martinez told BBC Radio Manchester.

Wigan have won both of their previous matches against Macclesfield - during the 1998-99 season when both clubs were in the third tier. Roberto Martinez was an unused substitute in Wigan's 2-0 home victory against the Silkmen.

"They deserve all the media attention they get. (Cardiff City in round three) is not an easy task."

Macclesfield, currently 10th in the Blue Square Bet Premier, and Luton are the only two clubs from outside the Football League to make it to the last 32.

Both have been paired against Premier League opposition - the Hatters travel to Norwich, while Steve King's Macclesfield host their north west neighbours.

A first-half goal from Mauro Boselli sent Wigan through to round four and ended the Cherries' record 18-match run without defeat.

Martinez added: "I'm very satisfied. The performance had to be very professional.

"Bournemouth have been unbeaten for a long time and they're a very good side.

"I knew this was going to be a very difficult game but I couldn't be prouder with the attitude of the players."