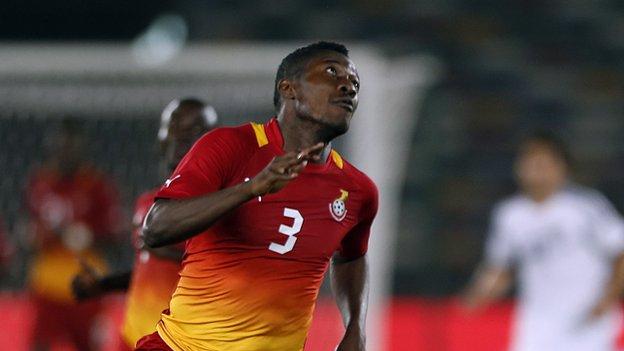 By their own admission, winning the Nations Cup has become an obsession for Ghana.

Although they were the first country to win the tournament four times, their failure to lift the trophy since 1982 means the Black Stars have not only been caught by Cameroon but also eclipsed by Egypt's seven triumphs.

They have come close, finishing runners-up in 1992 and 2010, with the latter effort - combined with the spectacular run to that year's World Cup quarter-finals - leading to stratospherically high hopes that 2012 would be their year.

Yet they lost to Zambia in the semi-finals - with Asamoah Gyan's missed penalty proving costly - and after Serb Milovan Rajevac was sacked, former Ghana international Kwesi Appiah replaced him in April.

Appiah's decision to hand the captaincy to Gyan has been criticised by some who say the burden is too much for the striker, who went into temporary international retirement last year after a furious reactions from fans following his spot-kick miss.

But the coach insists: "I must pick players who are prepared to die for the nation and win. We do not just have to go to the competition - we have to go to South Africa and try to win it."

However, Ghana's chances have been hit by injuries to key players - Marseille midfielder Andre Ayew and the Ghanaian Premier League's leading scorer Yahaya Mohamed have both been ruled out.

The Black Stars will look to Juventus midfielder Kwadwo Asamoah to provide inspiration, while they will also hope Gyan can put his demons to rest.

Ghana will be at home in a country where they have regularly based themselves in the run-up to recent tournaments, and many will fancy them to win their first trophy for 31 years.