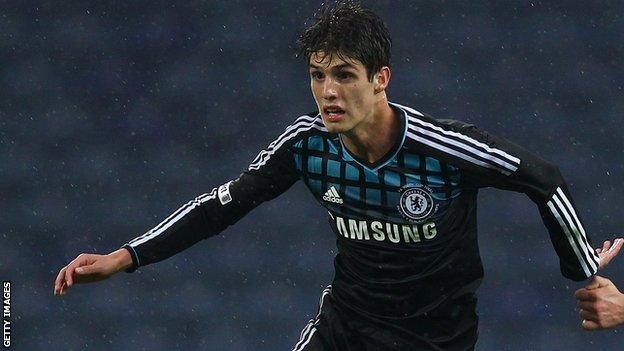 Chelsea's Brazilian forward Lucas Piazon has joined Spanish side Malaga on loan for the rest of the season.

Piazon, 18, has barely featured since signing from Sao Paulo last January for a fee reportedly worth up to £10m.

He has made two appearances in the Capital One Cup and one in the Premier League, where he missed a penalty in the 8-0 win over Aston Villa.

Interim boss Rafael Benitez said: "We have an agreement for him to go on loan there until the end of the season."

Meanwhile Benitez said striker Romelu Lukaku, 19, was "doing well" during his loan spell at West Brom, where it was confirmed last week by the Baggies he would remain until the end of the season.

"Romelu went there as a young player. He's getting experience in the Premier League," Benitez said of the season-long deal agreed in the summer, since which Lukaku has scored nine goals in 22 matches.

"At the moment the idea is that he stays there and gains more experience."