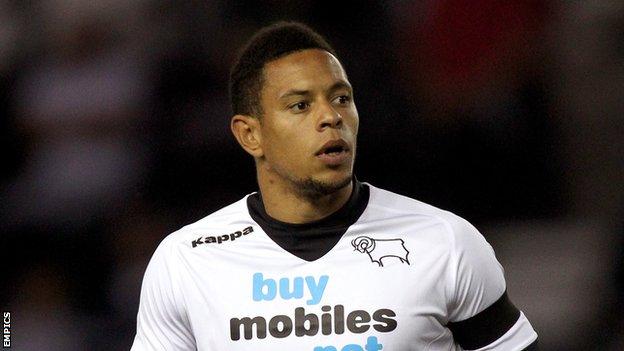 Millwall are set to sign Derby County striker Nathan Tyson on loan until the end of the season.

The 30-year-old, who joined the Rams in summer 2011, has scored five goals in 17 appearances this season.

The former Wycombe and Nottingham Forest player is due to complete the move on Thursday.

Millwall boss Kenny Jackett had been looking to bolster his forward line after Chris Wood's loan spell was cut short to allow him to join Leicester.

Wood scored 11 goals in 19 appearances during his time at the New Den before West Brom chose to sell the New Zealand international to the Foxes for a fee in the region of £1 million.

Tyson will be available for Saturday's Championship game at home to Burley and can also feature in the FA Cup when the Lions entertain Aston Villa next weekend.