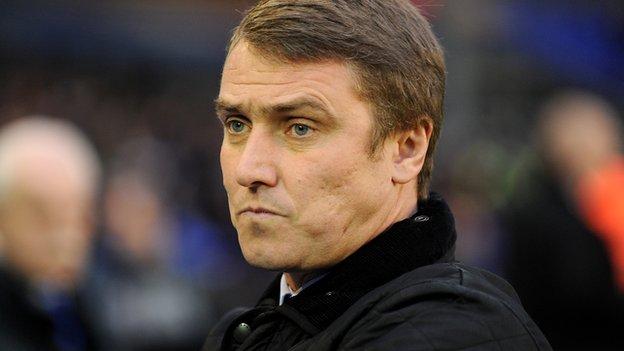 Birmingham City boss Lee Clark is no longer on managerless Blackpool's radar after an informal approach from their Championship rivals, reports BBC WM.

Clark, 40, was one of a number of potential targets earmarked by the Seasiders following Michael Appleton's exit

But one phone call was enough to persuade Blackpool to look elsewhere.

There is a compensation clause in the contract signed by Clark last summer.

And the terms of Clark's rolling one-year deal are believed to have dissuaded Blackpool, Blues' conquerors in last season's Championship play-offs, against any further contact.

Blackpool are currently 15th in the Championship table, while struggling City are five places below them.

Clark has been hampered this season both by injuries and by the long-running saga of the club's attempts to find new owners.