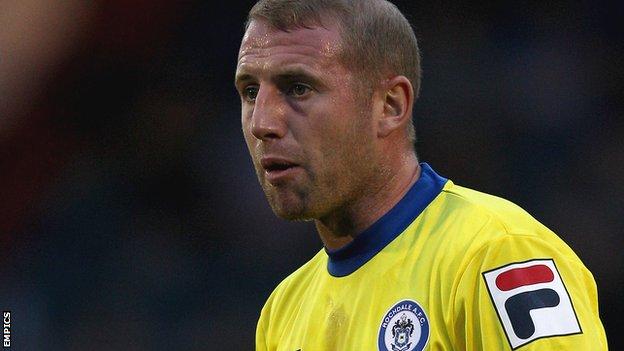 Ian Craney believes he still has lots to offer any club in League Two after being allowed to leave Rochdale.

The 30-year-old midfielder has played more than 300 senior games for seven different clubs during his career.

He told BBC Radio Lancashire: "If I get that opportunity, with my ability and because I feel really good, I'll be an asset for anyone in this league."

However, Craney, who enjoyed the most successful times of his career admitted the harsh realities of being a free agent may force him to look for employment in another field if he does not receive an offer.

"If I can't get a professional club in January, I will have to go and work," he said. "I've done it at the start of my career and I'll do it again. You do what you need to do.

"You've got to pay the bills and if that means going to work nine-to-five, I'll do it because I've got a family, but it would frustrating if I had to do that because I still believe I've got a lot to offer."