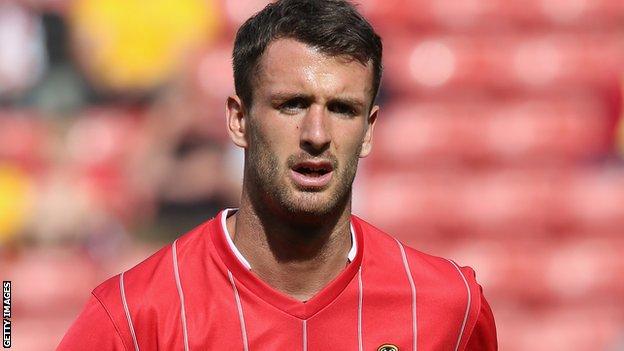 Bournemouth have signed Southampton defender Dan Seaborne on loan until the end of the season.

In September 2011, he suffered serious head injuries in an attack outside a nightclub in Southampton.

The 25-year-old has made only three appearances for Saints since then, but played seven games on loan at Charlton earlier this season.

"Dan has the experience to come in and is someone we know very well," said Bournemouth manager Eddie Howe.

Seaborne is expected to provide cover for fellow central defender Steve Cook, who is due in court on Monday.

Cook, along with three Brighton & Hove Albion players, has been accused of sexually assaulting a woman and voyeurism and the case will be heard at the Old Bailey.

"We needed to bring someone in," Howe told BBC Radio Solent.

"We have a game at Hartlepool on Tuesday and we don't think Steven (Cook) will be available for that. So we need someone with experience who can step straight in and fill that void.

"He [Seaborne] has had a recent loan spell in the Championship and can play left-back, so he can also provide cover for Charlie Daniels. For many reasons, he is a good signing for us."