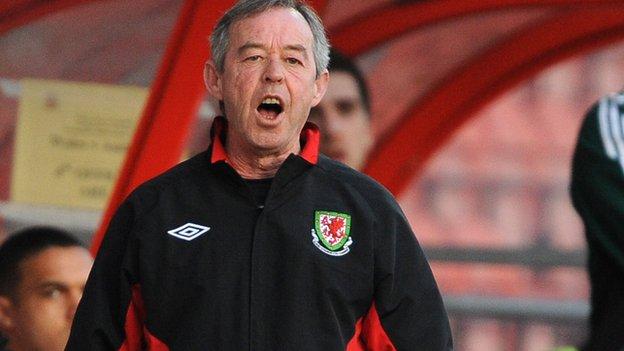 Doncaster Rovers caretaker manager Brian Flynn has revealed that he is on the shortlist to take the job on a permanent basis.

The 57-year-old ex-Swansea and Wrexham boss has been in caretaker charge with skipper Rob Jones after the departure of Dean Saunders to Wolves last week.

Flynn told BBC Radio Sheffield: "Possession is nine tenths of the law and I've got the job at the moment.

"The club have told me that I am on the shortlist and I await their decision."

He added: "There is a quality team here with loads of confidence who want to win every game.

"I'm led to believe that something will be sorted next week but I don't know for certain."

He spent eight years in charge of the Wales youth sides before leaving the role in May last year and joined Rovers as a scout in August.

Alongside Jones, Flynn led second-placed Rovers to a 2-1 win at Stevenage on Saturday.

The former Wrexham boss has been out of club management since leaving Swansea in 2004, although had a short spell as caretaker boss of the Wales national side three years ago.