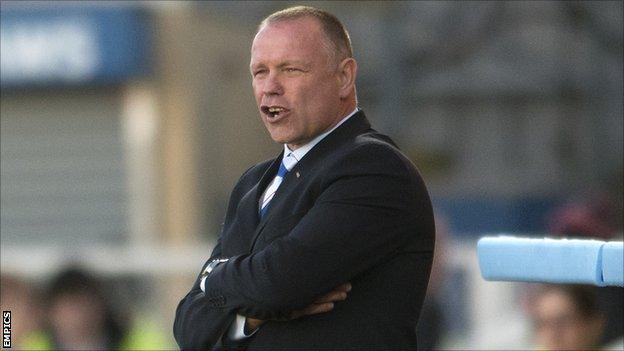 Hartlepool United boss John Hughes has admitted his side have struggled to train because of the bad weather.

Hughes' side saw their tie against Portsmouth in December called off and the poor conditions in the North East could lead to further postponements.

"I just feel it's been stop-start since we've come here," the 48-year-old told BBC Tees.

I just feel that the dressing room starting to believe we can put results together.

"That's on the training pitch as well, through the conditions in which we've had. There's not been much coaching."

He added: "What I have done is have a good look at them and set up a team that is hard to beat, looking to make sure we are improving every time and getting consistency."

Hartlepool currently lie 12 points adrift of safety at the foot of the League One table and Hughes is still without a home win since replacing Neale Cooper in November.

But following defeat against Preston on New Year's Day, the club drew their match against Shrewsbury and Hughes believes that his side are beginning to find some form.

"Since I've come in, I've asked a lot of questions and seen a real inconsistency in performances but I think we've put that to bed," the Scotsman said.

"We've been in the game and were more than capable of taking something from the matches and that's all I can ask of them.

"If they took something from the Preston match then it would have been three matches unbeaten.

"Sometimes you have to take knocks and turn it into a positive, and that has to be your fuel to prove people wrong.

"I just feel that the dressing room is starting to believe we can put results together."