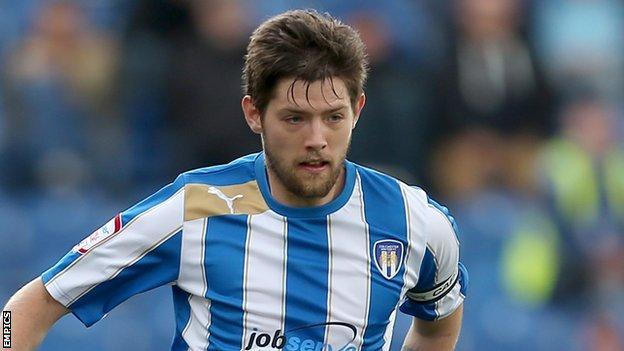 Colchester United boss Joe Dunne has said he has yet to receive an offer for midfielder Anthony Wordsworth.

The 24-year-old, who is currently serving a two-match ban, is reportedly a target for Ipswich Town.

The worth of Wordsworth

"There've been bits of interest over the last day or so, but I haven't had a firm bid," Dunne told BBC Essex.

"Anthony's still here and we've got to the point now where he needs to focus on getting back playing again.

"Although he's still serving a suspension, he'll be working hard over the next week or so."

Dunne's position at the Weston Homes Community Stadium had been in doubt after he said he would be following last Saturday's loss to Scunthorpe - their ninth in consecutive games.

But the Irishman has said the convinced him to remain at the helm.

He explained: "I meant what I said after the game and I don't regret saying it. Why would I?

"I spoke to the chairman and he's been fantastic, as he has throughout my whole time here. He's backed my philosophy of what I want to do. I'm a deep thinker and we had a good chat.

"I tried to look at the bigger picture. I've got too much respect for the fans and the club and the players trying to get us out of this position and I don't regret or apologise for what I said.

"The players will get on with it and we'll keep working at it."