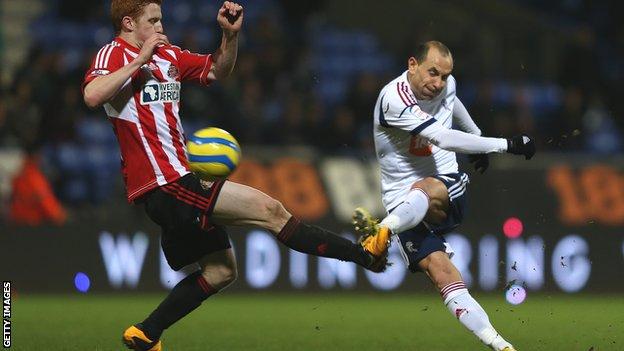 Bolton midfielder Martin Petrov has completed his move to Espanyol.

A statement on the Spanish club's official website said Petrov had agreed to terminate his contract at the Reebok Stadium and had signed for them until the end of the season.

Wanderers have also now confirmed that the Bulgarian winger has left the club.

Petrov, 34, joined Wanderers from Manchester City in the summer of 2010 and made 85 appearances for the club, scoring 12 goals.

Manager Dougie Freedman revealed to BBC Radio Manchester last week that Petrov was set to end his stay at Wanderers.

"We've got to face the facts. Martin is in the latter years of his career and earns a lot of money at this club," he said of Petrov's imminent departure.

"I feel the best thing for the club is to bring in some new, young blood. That's where we are and I hope everybody understands that decision."