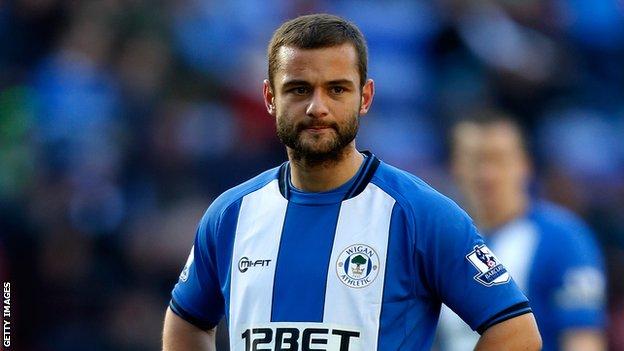 Scotland international midfielder Shaun Maloney has signed a new contract that will keep him at Wigan Athletic until the end of the 2014-15 season.

He has scored five goals in 36 games for the Latics, and his form at the end of last season helped them preserve their Premier League status.

"Shaun is one of the most technically gifted British players that you will find," said manager Roberto Martinez.

He told the club website: "On top of his style and footballing flair, his work-rate and purpose in his performances make him a key member of our future at Wigan Athletic.

"From the first day he arrived, his professionalism and determination to succeed has been outstanding and an example for the younger members of the group to follow.

"I'm sure the fans are looking forward to watching him continue to enjoy his football at Latics for a long time."