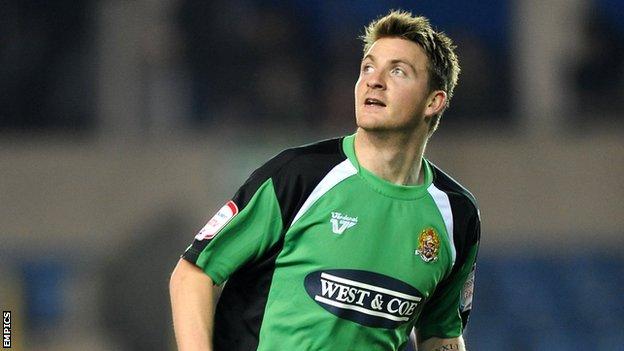 The 23-year-old has agreed a deal until the end of the season, with the option of a further 12 months.

Spillane, who can also play in defence, has scored four times in 24 games in League Two this term.

"He's still a young player and is exactly the type of player I've been looking for during the window," boss Paul Sturrock told BBC Essex.

"He's a hardworking midfielder who will hopefully enjoy huge success here with us.

"There were other clubs interested in taking Michael, but we're thrilled that he's decided to come here to play his football."

Spillane, a former Republic of Ireland under-21 international, started his career at Norwich City, where he made 34 appearances, and has also featured for Luton and Brentford.

He said: "Dagenham have played against them three times this season so I've seen Southend a few times and they are one of the best teams I've seen this season.

"Paul Sturrock spoke to me and outlined what he wants from me and the ambitions of the club and they match mine so it was the perfect fit."