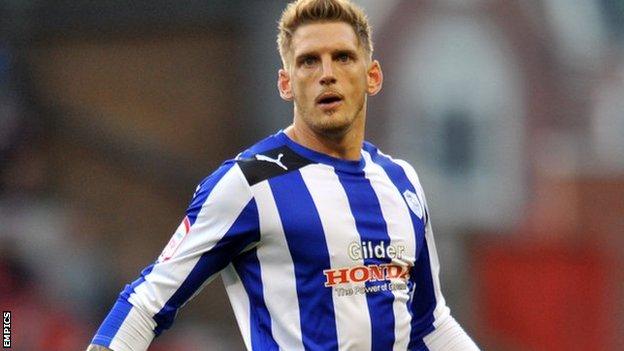 Adams has already brought in veteran duo Darren Purse and Lee Hughes, as well as bringing back midfielder Chris Birchall to the club.

The Rowley Regis-born 26-year-old, signed from Wolves in August 2010, went on to play 50 games in all competitions for the Owls.

The last of his 10 appearances this season came in the 1-0 defeat by Nottingham Forest in November.

Jones, who can play in a wide midfield role as well as at left-back, is available for an immediate debut for the leaders in Saturday's weather-threatened home game against Bradford City (19 January, 15:00 GMT).