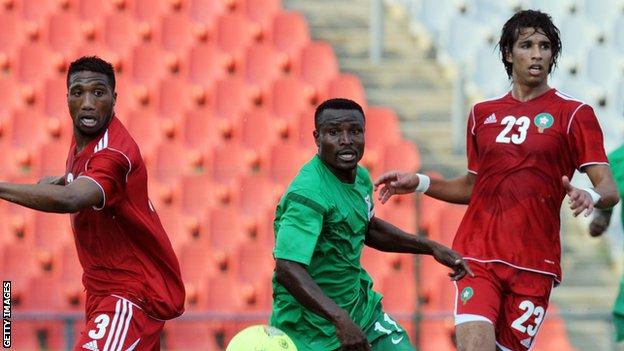 Morocco midfielder Mehdi Namli has been ruled out of the 2013 Africa Cup of Nations in South Africa due to injury.

The 25-year-old, who plays for Moroccan side Moghreb Tetouan, injured his knee during a warm-up match.

Namli has been replaced by Abdelilah Hafidi, who was originally left out of the 23-man squad for the finals.

The Atlas Lions face Angola in their first Group A game on Saturday, followed by clashes with Cape Verde and hosts South Africa.