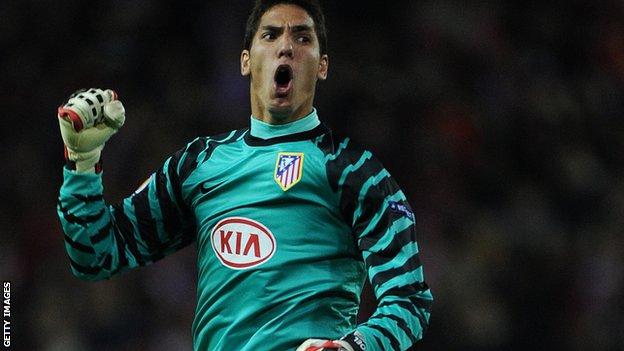 Wigan Athletic have signed goalkeeper Joel Robles on loan from Atletico Madrid until the end of the season.

The 22-year-old moves to the DW Stadium following a trial period at the Premier League club.

Robles has not established himself in Atletico's first team, and spent the latter half of last season on loan at Rayo Vallecano.

The addition of Robles will provide competition for first-choice keeper Ali Al-Habsi and understudy Mike Pollitt.