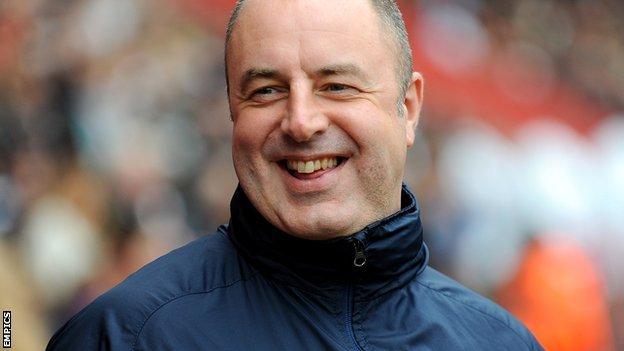 Cheltenham were held to a third draw in a row in the first game of Keith Hill's second spell as Rochdale manager.

Rochdale took advantage of playing with the strong breeze behind them in the first half, with Bobby Grant and Ashley Grimes going close.

A brilliant save from away goalkeeper Josh Lillis denied Keith Lowe from close range after the break.

Lowe saw a deflected effort go just wide of the post, but Dale hung on to end a run of three straight defeats.