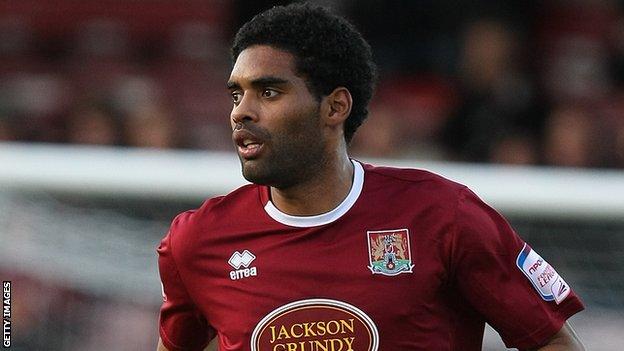 says he is relishing the chance to play regular football once again.

The 31-year-old featured just 11 times for Northampton this season before leaving to join the Pilgrims.

"It was frustrating for me because I wasn't playing as many games as I'd have liked to have done," he said.

"To come to a club the size of Plymouth and with the potential they have is too good an opportunity to turn down," Charles told BBC Radio Devon.

Charles was part of the Aldershot side which gained promotion to the Football League, playing over 150 games.

It was there that he worked with current Argyle coach Gary Owers, who he says was one of the main influences for his move.

"I've always had a good relationship with him, so when he came here I spoke to him straight away.

"He was aware that opportunities were going to be limited for me at Northampton.

"He asked me if I wanted to play and I said 'yes', and he said I'd be more than welcome to come here."

Charles says Argyle have what it takes to ensure they climb away from the bottom of the Football League.

"You've got to find that right mix and balance of players and get them doing the things that they're very good at and then eradicate any mistakes.

"It's doing what you do very well, do it to the best of your ability.

"As long as we can do that on a Saturday, we should be OK. It's just a matter of doing the simple things correctly."