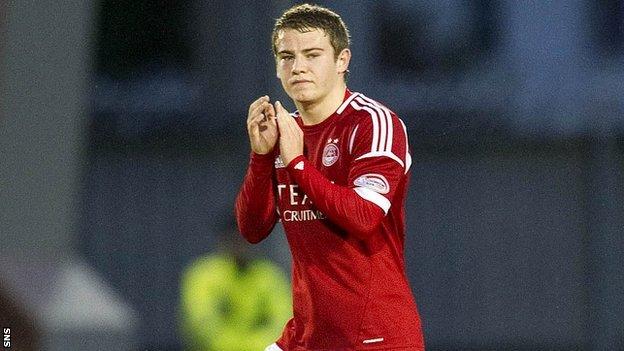 Bournemouth have signed Aberdeen winger Ryan Fraser for an undisclosed fee on a three-and-a-half-year deal.

The two clubs agreed a deal for the 18-year-old on Wednesday.

Fraser made his debut for the Scottish Premier League side at the age of 16 and made 23 appearances for the club in all competitions.

Meanwhile the Cherries have signed former Leyton Orient keeper Ryan Allsop, 20, on a contract lasting until the summer of 2016.

Allsop had made 24 appearances for the O's this season but turned down the offer of a new deal earlier this week.