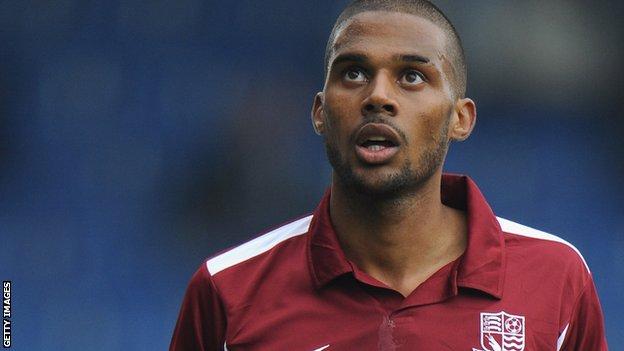 Alfreton Town have signed Louie Soares on loan from Grimsby Town until the end of the season, but released long-serving utility player Matt Wilson.

Soares began his career at Reading, before spells with Bristol Rovers, Barnet, Aldershot and Southend.

The midfielder has already spent time out on loan with with Ebbsfleet United this season.

He is available for Saturday's league game at AFC Telford United.

Wilson, 25, made 163 appearances for the Reds and played a major part in the club's Blue Square Bet North title success in 2010/11.

He spent three months on loan at Boston United earlier this season, but has struggled with injures and has made just one substitute appearance this term.