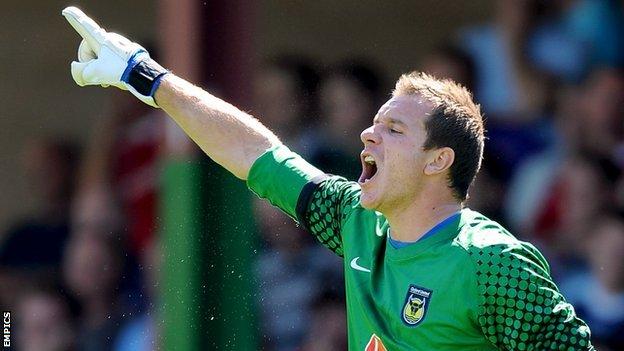 Oxford United goalkeeper Ryan Clarke is likely to miss the rest of the season with a shoulder injury.

The 30-year-old is expected to be sidelined for four months and will undergo surgery on Monday.

It was initially feared he would require an operation on both shoulders, but has been told he needs just the one procedure.

Clarke, who joined from Northwich on 2009, has played 34 times for the League Two club this season.