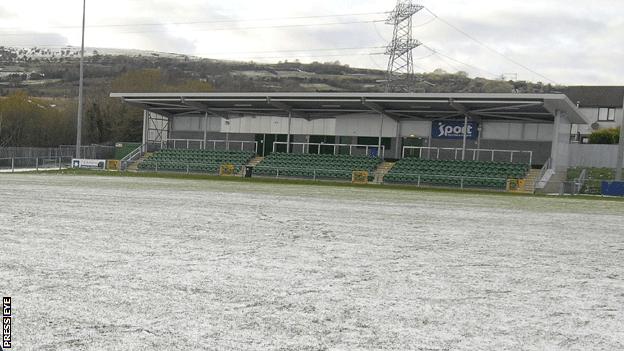 Two Irish Premiership matches have been called off because of the weather, but the other four games will go ahead.

The match between Donegal Celtic and Linfield at Suffolk Road was called off on Friday afternoon because of the wintry conditions.

The game between Glentoran and Dungannon Swifts at the Oval fell victim of the weather after a pitch inspection on Saturday morning.

No new dates have yet been set for the postponed fixtures.