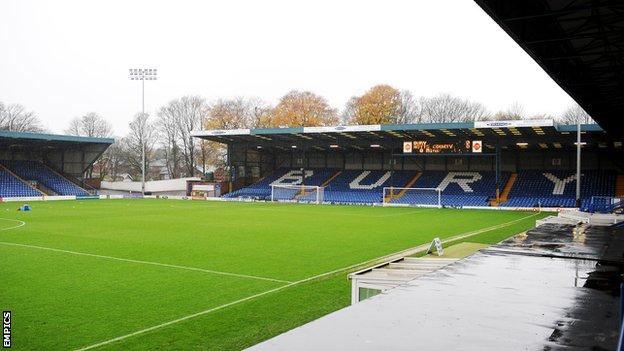 Bury have had their transfer embargo lifted by the Football League.

after the League One club received a short-term loan from the Professional Footballers' Association.

In a short statement on Friday, the Shakers confirmed that the loan had been repaid in full.

Manager Kevin Blackwell, who could only name four substitutes for their is now free to sign new players.

The statement on Bury's official website read: "The club can confirm that the loan taken from the PFA has been repaid in full.

"As a result of this repayment, the transfer embargo applied to the club by the Football League has been lifted.

"The club are now free to sign players as required."

about Bury's financial health and was unable to guarantee that senior players would not be sold during the January transfer window.

The Shakers, who are 22nd in League One, were due to face Stevenage on Saturday but the