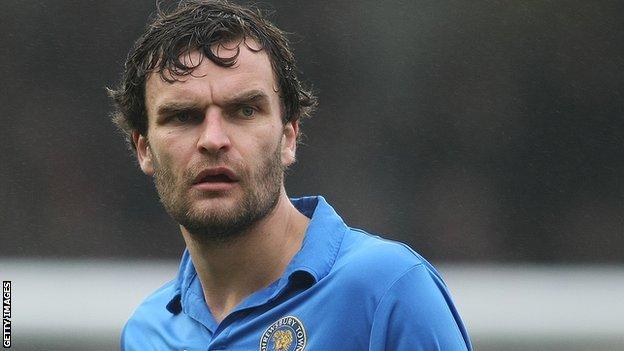 Burton Albion have signed Rotherham United defender Ian Sharps on loan until the end of the season, with a view to a permanent deal.

Sharps, 32, played 27 games in all competitions for the Millers this season, but has fallen out of favour.

"I've worked really hard to get him in. He's a terrific League Two defender," Rowett said.

"You look at his record - he got promoted last year in the best defence in the division."

Sharps began his career at Tranmere Rovers before moving to Rotherham in 2006.

Millers boss Steve Evans said that with Kari Arnason and Johnny Mullins in solid form in recent weeks and Craig Morgan expected to come back from injury soon, he could afford to let Sharps go.

"Burton have asked the question on a couple of occasions, added to the fact that Craig Morgan will return to action shortly it made sense for me to sanction the loan move," Evans said.