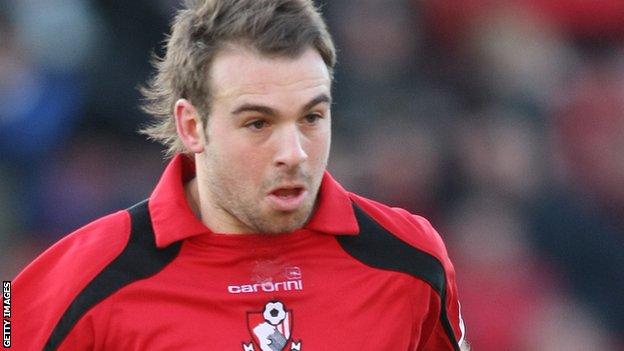 A hat-trick from Brett Pitman helped promotion-chasing Bournemouth beat Crewe in League One.

Pitman finished from close range after Josh McQuoid's centre to extend the lead, before Ryan Colclough slotted his first career goal to give Crewe hope.

But Pitman sealed his hat-trick with a second penalty, this time converting after Wes Fogden was brought down.

The result means Bournemouth move up to fifth, having lost just one league match in 18 since Eddie Howe returned to the club.

Crewe, who are without a win in three, remain 13th.

"Physically, I think today we looked a little bit leggy first-half, we looked like we didn't have our usual spring in the step that we've displayed at home so to come in at 1-0 up was really pleasing.

"Brett's worked hard. We've left him out a couple of times because we've tweaked our system but he's shown a great attitude to that disappointment. His goal scoring record is up there with the best of them so I'm really pleased for Brett and hopefully there's more to come."