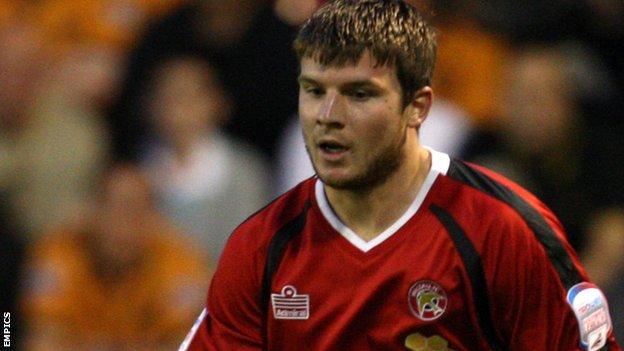 Chris Stokes and Yan Klukowski both scored as Forest Green Rovers continued their promotion charge with an important win at Lincoln City in the Blue Square Bet Premier.

The visitors took an early lead when Klukowski followed up to convert Reece Styche's saved effort.

Stokes then tapped home from close range to double the lead.

"We've certainly played well at times and deserved a bit more than we got.

"We haven't been outdone overall by a quality performance. We've been done by shooting ourselves defensively.

"Before the game we knew Forest Green would be a tough test but it just didn't drop for us today."

"It's a great three points. We've had five games away from home on the trot and we've got 10 points, so that's great form.

"The performance today wasn't great. We couldn't really get going and we lacked bravery on the ball, but we managed the moments well and took our chances.

"It's difficult when you're playing away and training on the 3G or whatever surface you can get but then it's difficult for every team.

"It's a great three points and we'll get ourselves recovered for another game away."