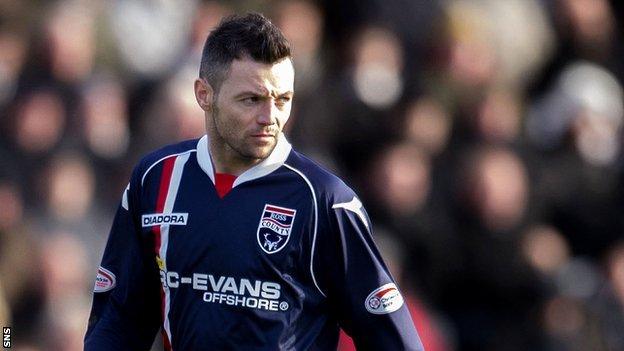 Ross County manager Derek Adams has revealed his delight at the performance of debutant Ivan Sproule.

The Northern Irishman, who joined from Hibernian in January, scored twice in a 4-1 win over St Mirren in Paisley.

And Adams was pleased at the contribution the newcomer made in a convincing victory.

"It was great for Ivan to score two goals, it was an excellent victory for us. The quality of goals we scored as well was good," he said.

"The first half we played very well; in the second half it became a wee bit scrappy, but, in the end, it's a fabulous win for us."

Adams also singled out captain Richard Brittain, who will leave the club in the summer to join St Johnstone, after he opened the scoring with a well-taken free-kick.

"We've got a lot of good players in our side. Richard Brittain - he played a captain's performance today," he said.

However, the County boss refused to be carried away with how far up the league table he thought his side could progress.

"I don't know, it's our first season and we just want to pick up as many points as possible," said Adams.

"We've coped very well so far and just want to keep moving up the SPL."