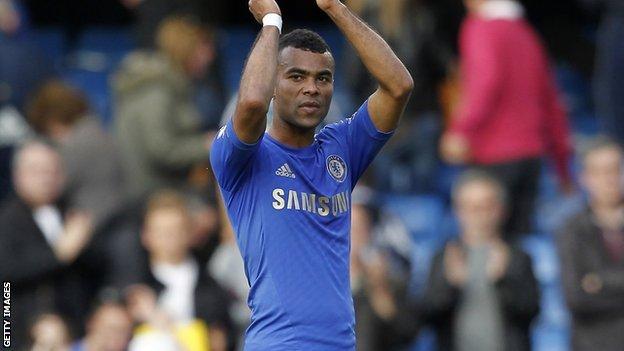 Ashley Cole has signed a one-year extension to his Chelsea contract, which was set to expire at the end of the season.

The 32-year-old left-back joined the Stamford Bridge club from their London rivals Arsenal in August 2006.

"I wanted to stay at Chelsea because we are always fighting and challenging for trophies," the England international told Chelsea's official website.

"That desire and the will to want to win things have not gone."

Chelsea's 34-year-old midfielder Frank Lampard's contract also runs out at the end of the current campaign and there has been no deal done to secure his future.

There was a strong possibility that Cole and Lampard would be allowed to leave following comments from Rafael Benitez shortly after he took over as the club's interim manager in November 2012.

When asked whether he thought the pair would be leaving when their contracts expired, Benitez said: "I think so, I think that's the case at the moment."

But the club have moved to make sure first-choice left-back Cole, who has 99 England caps, stays with them.

The player has won one Premier League title, four FA Cups, one League Cup and the Champions League while at Stamford Bridge.

"I have been able to fulfil nearly all my ambitions at Chelsea," said Cole, who has made 293 appearances for Chelsea and scored seven goals.

"I have won the Champions League, the League, I have won FA Cups here but of course you don't want to stop winning trophies and being at a big club, you are always fighting to win a trophy.

"Being here for seven years and being at Arsenal before that playing for trophies, you never lose that hunger."