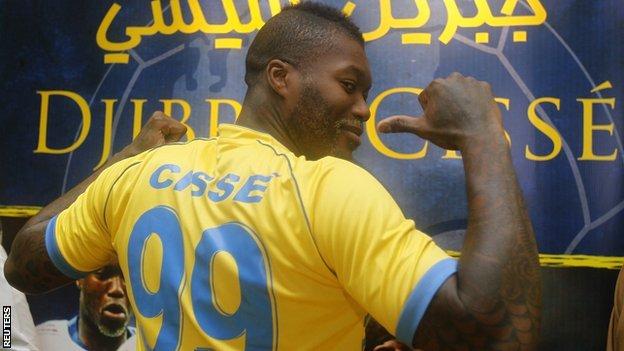 QPR striker Djibril Cisse has left the club to join Qatari club Al Gharafa on loan until the end of the season.

Cisse joined QPR 12 months ago from Lazio on a two-and-a-half-year deal but appears surplus to manager Harry Redknapp's requirements.

Cisse scored six goals in eight games as well as being sent off twice as he helped the club avoid relegation after joining them last January.

He made 21 outings for the club this term and scored four goals.