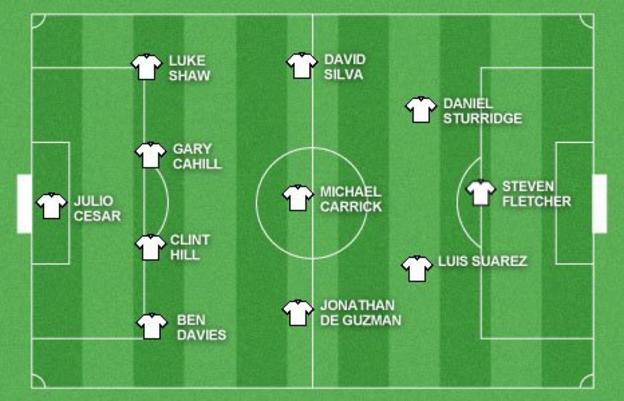 Manchester United saw their lead at the top cut to five points as they were held at Spurs on Sunday, the day after closest rivals Manchester City saw off Fulham courtesy of two goals from Spain's David Silva. Chelsea moved into third at Spurs' expense, thanks to a 2-1 home win over Arsenal.

At the other end of the table, bottom club QPR were denied a precious three points by West Ham's second-half fightback, while elsewhere Liverpool enjoyed the biggest win of the weekend, sticking five past Norwich to narrow the gap to the top four. 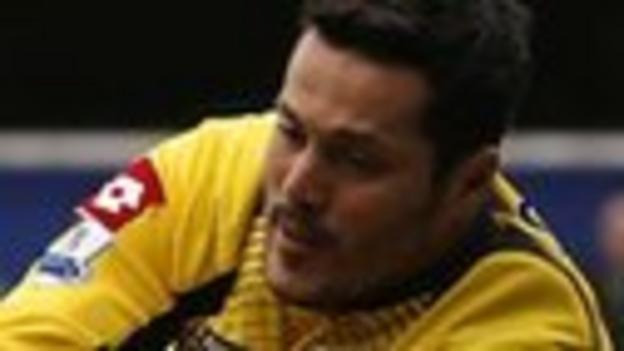 David de Gea was superb for Manchester United against Spurs but I've still gone for Cesar for the second consecutive week - which gives you some indication of the form he is in. John Motson at his very best said it all in commentary, practically screaming: "Carlton Cole, Kevin Nolan and Marouane Chamakh - it won't go in!" And so his commentary went on for the entire second half. The Brazilian was immense.

Did you know? Cesar made seven saves from shots from inside the box, more than any other keeper this weekend. 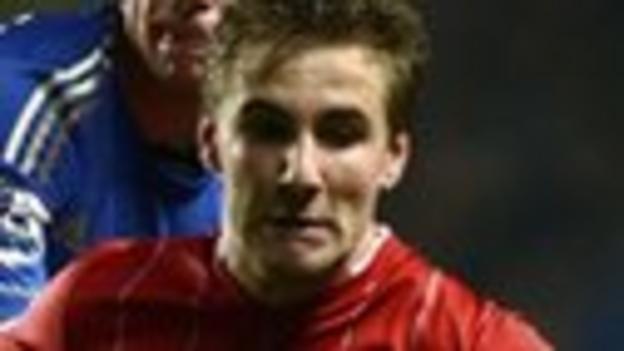 We've had Theo Walcott and Alex Oxlade-Chamberlain, now Luke Shaw looks like he's the latest youngster fresh off the Southampton production line who is destined for great things. All credit to the Saints youth development team for producing such excellent English talent. As far as this weekend goes, the race for my team of the week was between between Luke Shaw, Leighton Baines and Ashley Cole - and Shaw gets the nod.

Did you know? Southampton have lost only two of the 12 Premier League games Shaw has started, compared to eight of the 10 he hasn't. 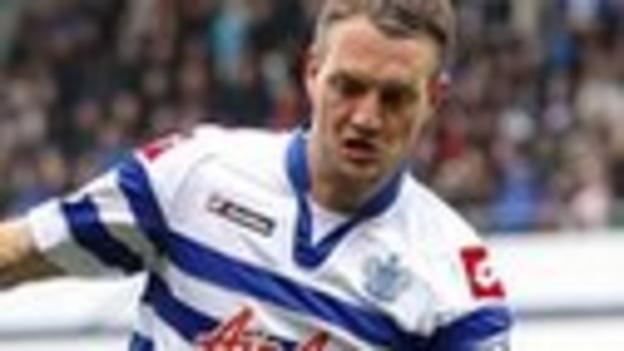 Hammers boss Sam Allardyce counted 46 crosses by his side against QPR so West Ham were entitled to score one goal, he insists. What the stats don't tell you is that every single QPR player put his body on the line in order to secure their well-earned point. But their real leader is proving to be Clint Hill. I've criticised QPR for their lacklustre performances under former QPR boss Mark Hughes but not so under Harry Redknapp. At this rate, Newcastle, Wigan, Aston Villa and Norwich cannot rest easy.

Did you know? No player made more headed clearances than Clint Hill this weekend. 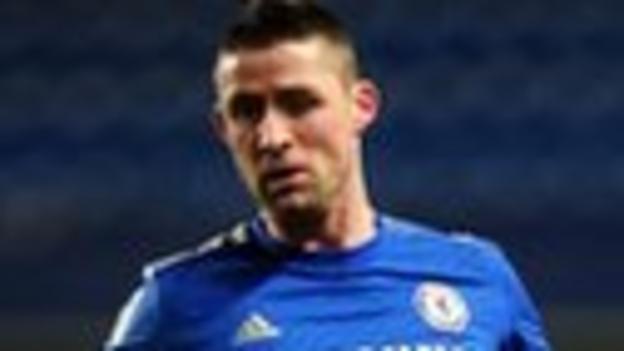 Rio Ferdinand looked impressive again at White Hart Lane. Good enough to be back in the England team, perhaps, and a player who would look good alongside him would be Gary Cahill. The Chelsea defender's tackle on Theo Walcott in the dying seconds against Arsenal was the difference between three points and one for Chelsea. Cahill's performances of late are such that John Terry's automatic return is by no means a foregone conclusion.

Did you know? Chelsea have scored 2.18 goals per game when Cahill has played this season, and 1.67 when he hasn't. 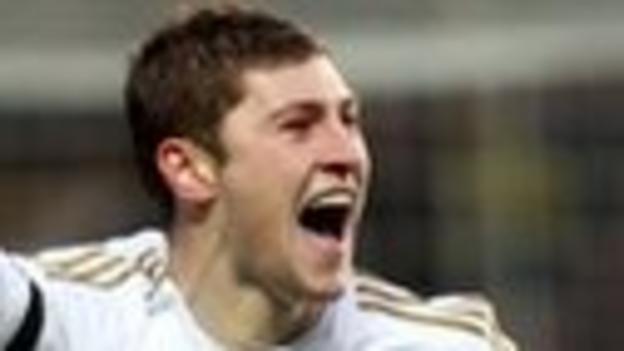 I did ask myself what a full-back was doing so far up the pitch in open play as Davies evaded two tackles before dispatching a superb shot past Stoke's Asmir Begovic to notch his first goal for the club. Among his many attributes Davies speaks fluent Welsh. He could do his fellow countryman Tony Pulis a favour and talk him through the move that led to Stoke's downfall. No interpreter required!

Did you know? Davies's strike made him Swansea's youngest scorer in the Premier League. 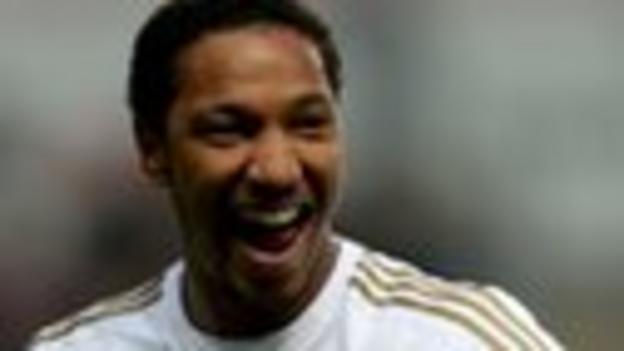 Asmir Begovic might have been a little too far to his left for De Guzman's free-kick but I doubt it would have made the slightest difference, such was the quality of the strike that put Swansea two goals in front against Stoke. The Canadian-born midfielder's second was a different sort of goal entirely, as he supplied a great finish to an excellent team move to make it 3-0 to the Swans. He looks better every time I see him.

Did you know? Scored his first brace in the Premier League this weekend. Has five goals from 11 shots on target this season. 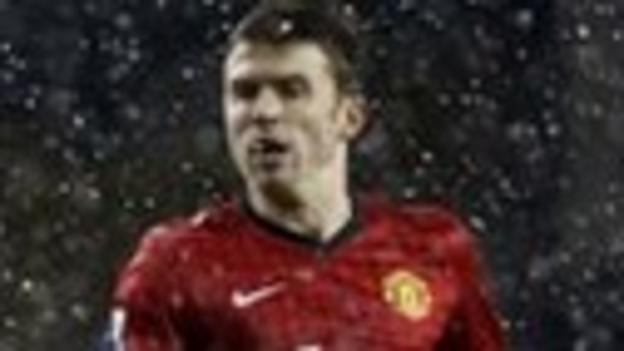 Another super display from a player who has never received the praise he deserves, especially from his own fans. It's time they woke up and recognised that in the midst of a transition at Manchester United, Carrick has been as important as anyone in keeping the club at the very top. Yet another outstanding contribution by the 'silent force'.

Did you know? Has made more interceptions than any other Manchester United player this season, 49. 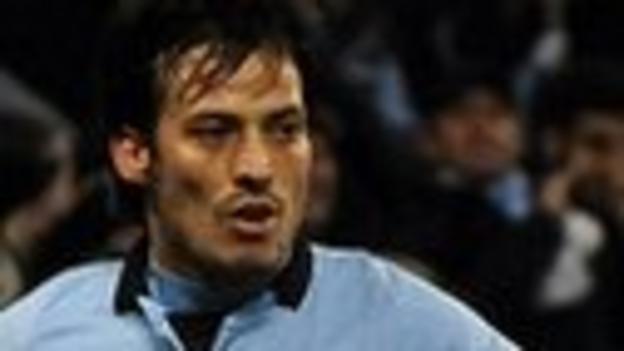 Fulham boss Martin Jol said Silva was the difference between the sides at the Etihad and I believe him. His second goal was Silva at his best, though I would have put my mortgage on the Spaniard completing his hat-trick when he was clean through on goal at the end - and I would have lost it!

Did you know? This was his first Premier League brace. City have won 11 of the 12 league games he has scored in. 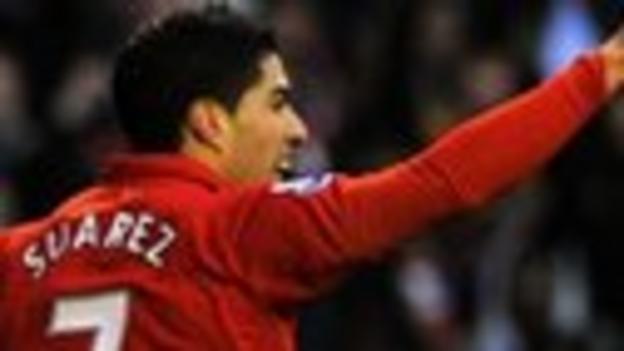 The Uruguayan was superb once again. All the talk last week centred around an interview in which Suarez admitted he dived against Stoke. l can't say for certain whether he does or not, but the fact he's prepared to talk about the subject entertains another question: does he want to be remembered for being a great Liverpool striker in the same bracket as Ian St John, Kevin Keegan, Kenny Dalglish, Ian Rush and Michael Owen, or simply as a cheat? The decision is yours, Luis.

Did you know? Has embarked on 211 dribbles this season, 87 more than any other Premier League player. 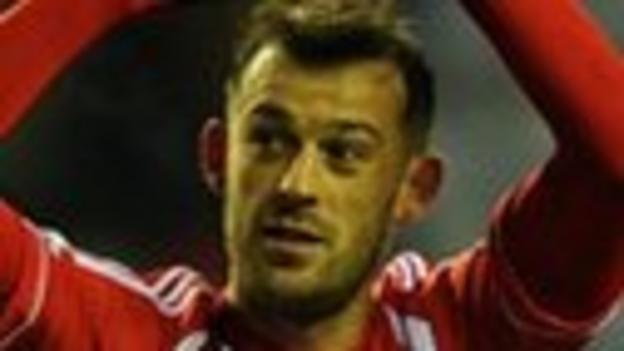 With two strikes in the Black Cats' 3-2 win at Wigan, Fletcher now has 10 goals in 21 games. His first goal was typical of the Scot. He was first to the cross for the header and first to the rebound to finish. His second was absolutely superb. He won the free-kick and from the ensuing pass won the flick-on, then peeled off to bend in the most exquisite finish you'll ever see. All the experts were saying he wasn't worth the money. These experts make you laugh!

Did you know? Had three shots this weekend, all on target, and two of them ended up in the net. Only the seventh player to score 10 or more goals for Sunderland in a Premier League season. 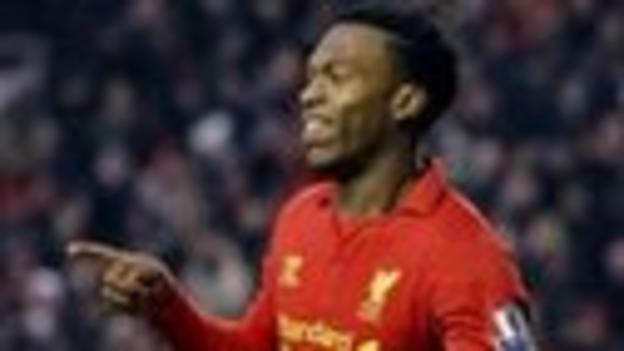 I mentioned last week that the moment Sturridge entered the fray for Liverpool at Old Trafford the entire dynamic changed. That trend continued against Norwich with a goal on his home debut, his third in three games, and he possesses the potential to create a partnership with Suarez capable of 40 goals a season. Anfield has not seen anything like that since Keegan and John Toshack or Dalglish and Ian Rush and we all know what that led to.

Did you know? Has a conversion rate of 29% at Liverpool in the Premier League, compared with 11% at Chelsea this season.