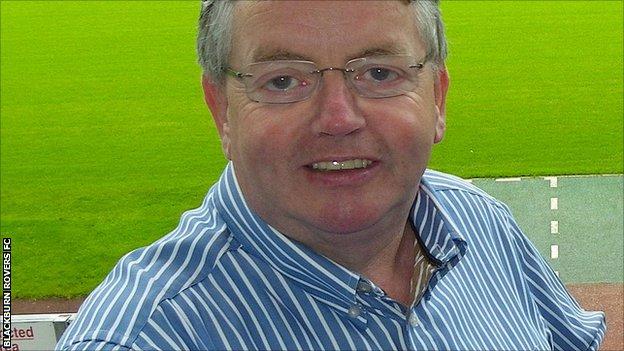 Blackburn's managing director Derek Shaw has refused to be drawn on claims of a power struggle between himself and global advisor Shebby Singh.

Shaw was vital to but

When asked about the pair's working relationship, Shaw told BBC Radio Lancashire: "I'd rather not go into that in any detail.

"I think there's been too much said over the situation," he added.

Everyone knows that certain mistakes have been made in the past, and I'm sure the owners know that, but they've come into a new environment

"I just come into work and do the job to the best of my ability."

Appleton began his reign at Ewood Park with a

And Shaw, who joined Rovers in June after a long spell as Preston chairman, admitted that errors had been made at Ewood Park, but added: "All the staff work very hard to make things right for Blackburn Rovers.

"Everyone knows that certain mistakes have been made in the past, and I'm sure the owners know that, but they've come into a new environment.

"They've not owned a football club before but I think they're learning very fast. I'm hoping things will start to improve vastly."

The Championship club's owners, Venky's, made a rare visit to Ewood Park to watch and were met by protests outside the stadium when they arrived.

"People need to realise they have put an awful lot of money into Blackburn," continued Shaw. "They want the club right. They want to get back to the Premier League.

"Leon Best and Jordan Rhodes have cost £11m alone. Sadly, Best hasn't kicked a ball for us yet.

"There's not a lot of people queueing up to buy football clubs in this day and age. The owners deserve some luck and we hopefully will start turning the corner with the new manager.

"In the time I've been here, they've given it 100% support and backed every decision that the manager at the time has wanted to do."

Appleton, who left Blackburn's Lancashire neighbours Blackpool to replace admitted that he had experienced a strange atmosphere during his first game as Rovers boss.

"It was different to what I've been used to," said the 37-year-old. "The players have got to make sure we give the crowd something to cheer.

"I knew about the massive frustration before I came into the job. There's a pressure that goes with it. I'm looking forward to it and I just hope the players are because there's a lot of hard work that needs to be done over the coming months."