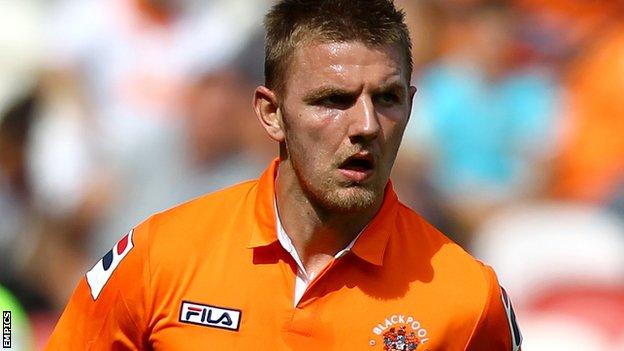 Bury have re-signed Blackpool defender Ashley Eastham on loan for the rest of the season and recalled winger Marcus Marshall from his loan at Grimsby.

Eastham spent the full 2011-12 campaign at Gigg Lane, playing 27 times, and has had temporary stints with Fleetwood and Notts County so far this season.

Marshall, who joined the Shakers in the summer,

He featured 11 times for the Shakers in the first two months of the season.

Bury had been under a transfer embargo but that was after the club repaid a loan from the Professional Footballers' Association.