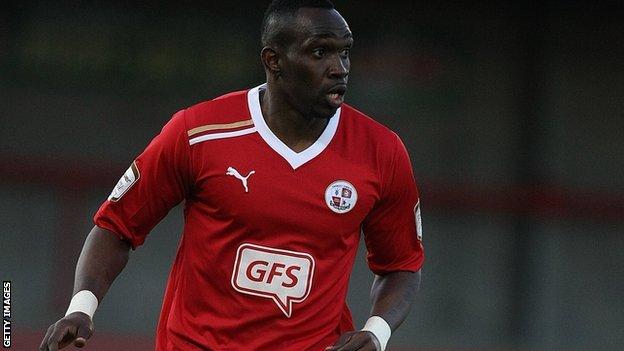 Rotherham have signed Crawley defender Claude Davis after he had his contract cancelled by mutual consent.

The 33-year-old has agreed an 18-month deal with the Millers that will see him link up with ex-Reds boss Steve Evans.

"There's no secrets with Claude, he isn't a footballing centre-half he is a big defender who is strong and defends courageously," Evans told BBC Radio Sheffield.

"He told me he'd love to be part of the club and he's been true to his word."

Evans added: "As soon as we found out that he could be an option we moved on it and I'm glad that we have.

"We sanctioned the deal for Ian Sharps to leave because we were confident that we would get Claude."