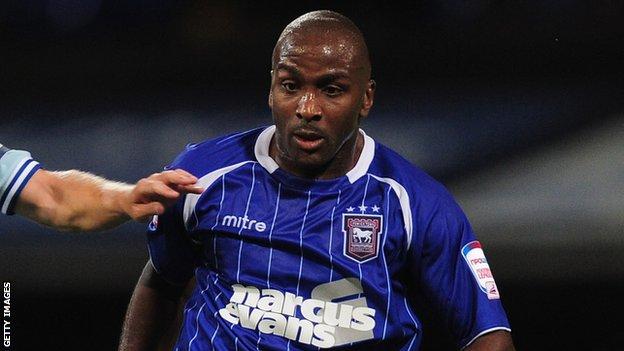 The 33-year-old former Wigan Athletic striker has featured only once, as a substitute, since Mick McCarthy became manager last November.

Scotland joined the Tractor Boys in 2010 and went on to score 21 goals in 95 appearances.

"Jason has been great at the training ground but we are going younger and he's been missing out," McCarthy said.

"He understands that and wants to go out and play football at the twilight of his career. We wish him well."

Scotland was bought by Roy Keane in August 2010 for a fee believed to be in the region of £1m. His previous clubs include Dundee United, St Johnstone and Swansea City.

He has also made 41 appearances for Trinidad and Tobago, scoring eight goals.