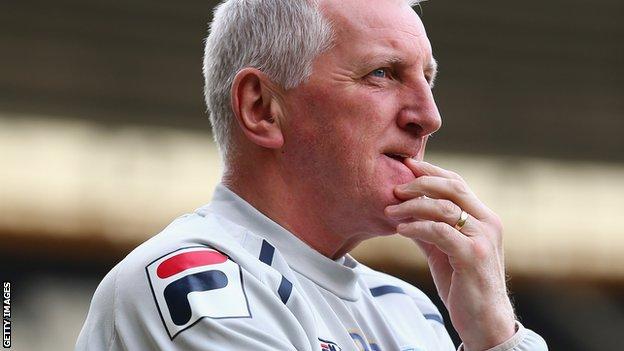 Manager Ronnie Moore has said League One leaders Tranmere needed one of their best performances of the season to beat in-form Brentford on Saturday.

"We were good from start to finish," he told BBC Radio Merseyside.

"We gifted them a goal for them to get back into it, but overall I don't think anyone can begrudge we deserved it."

Tranmere have won eight of their 15 away matches in League One this season. Only Doncaster have a better record on their travels.

He added: "It was always going to be a tough month. To have six points from games against Crawley, Coventry and Brentford shows what spirit there is."

Meanwhile, Tranmere are hopeful that Jean-Louis Akpa Akpro will be fit for Saturday's home game with Swindon.

It was feared that the French striker, had broken a rib in the win at Griffin Park, although initial x-rays did not show that to be the case.

"It's always your better players that end up getting injured," said Moore. "The way he was talking and breathing, it didn't look good.

"It's no coincidence that we're winning games when he's in there. If he is injured, it will be a massive blow for us."

After the game, Rovers physio Gregg Blundell tweeted: "Initial x-rays have shown no fracture to JLAA's ribs so good news so far."