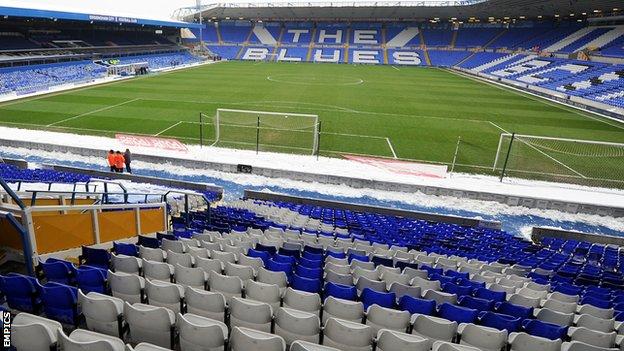 Birmingham City have confirmed to BBC WM that they are open to offers for any of their first-team players as they continue to battle financial problems.

Blues, lying 20th in the Championship, are looking to offload a number of players to reduce their wage bill.

However, they denied reports that they are actively looking to sell top scorer Marlon King on a free transfer.

The 32-year-old striker has 18 months remaining on his contract and is one of the higher earners at St Andrew's.

But the club have admitted that they are seeking fresh investment after failing to publish their financial figures for the last two years.

A consortium fronted by former QPR chairman Gianni Paladini is believed to be interested in taking over the club.

However, in the short-term, it appears that Birmingham need to sell some of their players in order to stabilise their finances.

One of those players to leave could be England goalkeeper Jack Butland, with Birmingham's management admitting that they had no control over his future.

Despite their financial struggles, last week manager Lee Clark said that they had rejected a £300,000 offer from Nottingham Forest for midfielder Chris Burke.