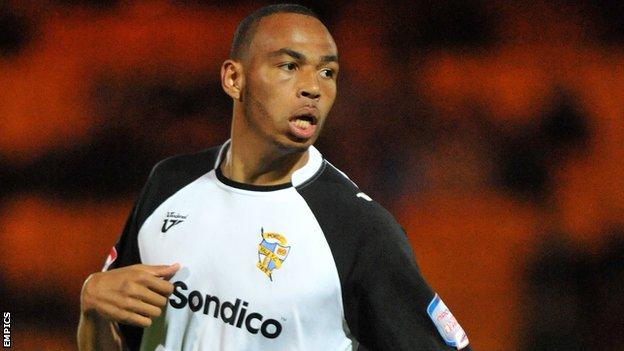 Defender Clayton McDonald has joined Bristol Rovers on loan from Port Vale until the end of the season.

The 24-year-old has played 26 games for league leaders Vale this season and is out of contract in the summer.

McDonald comes in as cover for Garry Kenneth, who is expected to be out for nine months with a knee injury.

"Vale have signed Darren Purse, which just edges him out of a starting position up there," said Rovers manager John Ward.

"He also accepts it might be difficult to get a start with us following our win at Fleetwood.

"However, he was prepared to come down for the cause and that's a really big plus for me."

McDonald started his career in Manchester City's youth system and had a loan spell at Macclesfield before joining Walsall.

He left the Saddlers in June 2011 to join Port Vale on a free transfer, and has since made 59 appearances for Micky Adams' side.